A 6-week workshop for actors and filmmakers to create original content together.

Where do you go to get good at filmmaking or acting?

If you're an actor: you take weekend acting classes or short courses. Week after week, you practice your acting skills by revisiting scenes from popular films or TV shows, in preparation for one-day being cast in original work.

But... Wouldn't it be better to practice by performing in original films written specifically for you?

If you're a filmmaker: you might go to film school and make a few short films only to graduate and be left scratching your head, wondering what to do next. Your tuition fees paid for someone to impose a deadline, and now you've got no reason to make anything.

Wouldn't it be better to get a team, an achievable brief, and set the goal to actually shoot something?

At the end of the day, what you really want to do is practice your craft, create original work and get better at it, right?

But let's face it:

Film is a difficult medium to practice.

Practicing takes committed people who want to create together. It takes lots of time and organisation, and projects can fall apart too easily when someone loses interest.

But in this micro budget filmmaking collective, it's different.

You'll meet likeminded actors and filmmakers and be placed into a group that wants to work efficiently to produce original content.

It's like a club with one rule: make something original.

What is the Collective?

The Micro Budget Filmmaking Collective is a 6-week workshop held from 7pm - 10pm on Thursday evenings at an acting studio located at 299 Enmore Rd, Marrickville, in Sydney, Australia.

You can join the Collective as either an Actor or as a Filmmaker.

You'll be placed into groups with 2-3 actors per filmmaker and given the task of making short-form video content with your group in the 6 weeks.

Groups will be given a brief designed to make your film easy and efficient to shoot.

You'll start the class with no idea of who you are working with or what you're making. Within 6 weeks, you'll devise, shoot and complete a 100% original piece that you can show to the class on the final week.

If that sounds difficult, don't worry: you'll be taught a production method that will make this achievable.

Join as a Filmmaker or as an Actor

As the 'filmmaker', you'll be taking responsibility for what happens behind the camera.

Generally that means writing & directing, but you can source other creatives outside of the collective if you need. If you have experience as a DOP, you can shoot your own work. If not, you'll work with your group to find someone who can. Groups are encouraged to help each other too.

As an actor, you'll be doing a bit more than just delivering your lines.

Although your main responsibility is to deliver a great performance, you'll also play a part in devising the characters and story that end up in your film. You'll source costumes and props, and help out on set when you're not needed in front of the camera.

What You'll Be Doing:

During the 6 weeks with your assigned group, you will:

We practice rapid-cycle filmmaking, where your group will generate an idea and complete your film all in 6 weeks.

This is a structured 6-week course, with lessons and exercises on micro budget filmmaking methods to help you create your film efficiently.

Work to a Deadline

With 2-3 actors assigned per filmmaker, your group will work together to meet the deadline.

On Week 6, you'll watch your own film alongside all the others made in the collective.

What Happens in Each Class?

Each class is a 3-hour evening session. In these sessions, you will:

In this collective, the goal isn't to have impressive cinematography - it's about story telling and performances. Thus, we don't want you getting slowed down by technical perfection.

Any camera will do.

It's highly likely someone in your group either owns a DSLR camera that records video or knows someone who does. Your shoot will only be a 1-day event, so with your group and with the class, we'll source suitable cameras.

I will be able to provide 12+ Lav Microphones to the class.

If your group decides you want higher quality equipment, then you can rent what you need and split the rental costs between each group member. All of this will be discussed on Week 1.

It does. But you'll soon see why it's 100% achievable and worth working this way.

Right now you might feel concerned that you can't do that, or that you won't have any good ideas. Relax. All of this will be addressed in the first class, and you'll soon understand how it can be done.

Throughout the 6 weeks, if you have any concerns or don't know what to do to advance your project, you can bring these to the class we'll work through them together. The collective is here to support each other and nurture creativity. 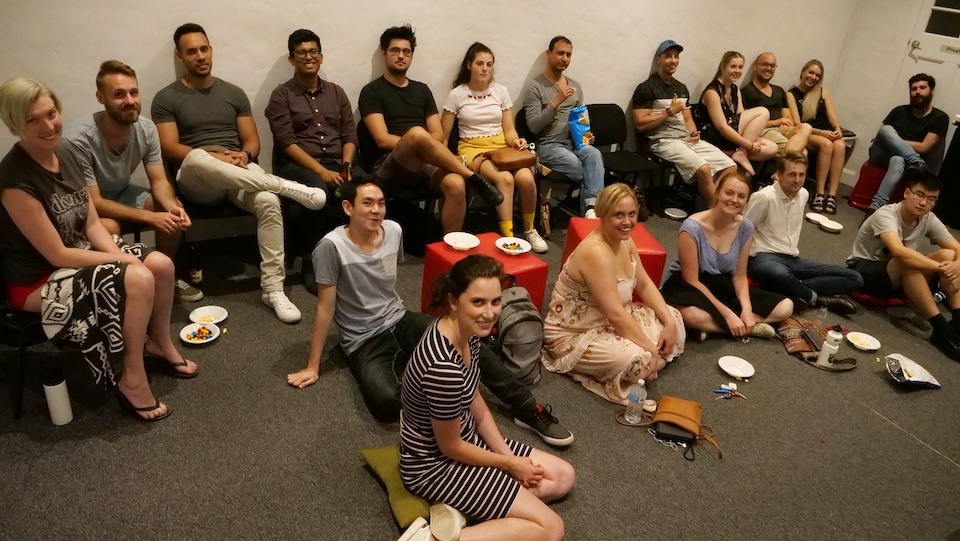 November 2019 - The Collective ready to watch their films

Next Micro Budget Filmmaking Workshop will be announced soon.

Who facilitates the class?

My name is Brad, and for the last few years, I've been teaching weekend workshops on Micro Budget Filmmaking.

These classes have been met with very high praise, but lacked the practical opportunity for filmmakers to take the next step. This collective is the answer to that problem.

Are these classes any good?

Although this Collective is assembling for the first time in 2019 / 2020, here's is what people have said about Brad's other classes: 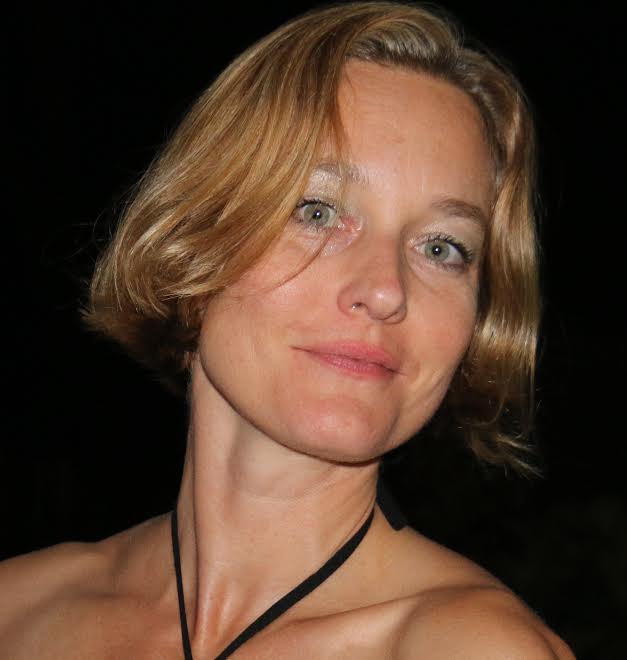 Bradley has a great pace to deliver so much information without rushing, and still have time for questions whilst covering a huge topic. Thanks Brad! There is always a way to reach your goal and I'll keep the energy! 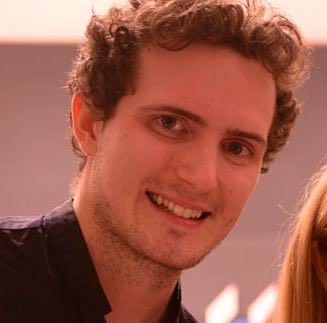 Bradley's passion & enthusiasm for the content made even the most complicated and confusing concepts digestible and interesting.

The Best Time to Start Creating is Now!

Perfection is the enemy of action. By joining this 6-week workshop, you'll have a reason to make something, will be held accountable to meeting the deadline, and given a supportive class of other creatives. Let's make something together:

What will an actor learn?

We'll explore how an actor can interpret a scene, take direction, create an original character, and deliver a screen-ready performance. But more than just teaching, you'll learn by taking part in an original film.

Do we get to keep the rights to our films?

Yes. They are yours. We'll discuss copyright in the class. All I ask is that I can show your films in future classes and marketing as examples of what past students have done.

What if I've never written before?

Your project will be short and achievable. Once you understand your project guidelines, it won't be difficult to come up with a quick script. I promise.

We'll look at the Resource-Filmmaking method, which means working with what you have available to you. This isn't about getting lost in technical equipment, but instead getting lost in good story. If you don't have access to anything, we'll figure out a solution in the class.

What if I'm a producer, and not a director?

You can either source a director from outside of the collective, or use this as a great opportunity to give it a go yourself! You will learn about basic directing over two of the classes.

I have more questions...

I encourage you to sign up anyway. Your questions will be answered in time and I hope you don't let the 'mystery' stop you from taking the leap. If you really must, email brad@microbudgetfilmschool.com